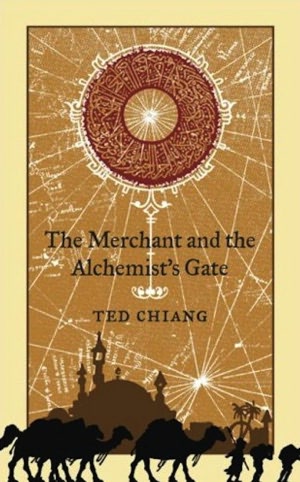 The Merchant and the Alchemist's Gate

In medieval Baghdad, a penniless man is brought before the most powerful man in the world, the caliph himself, to tell his story. It begins with a walk in the bazaar, but soon grows into a tale unlike any other told in the caliph's empire. It's a story that includes not just buried treasure and a band of thieves, but also men haunted by their past and others trapped by their future; it includes not just a beloved wife and a veiled seductress, but also long journeys taken by caravan and even longer ones taken with a single step. Above all, it's a story about recognizing the will of Allah and accepting it, no matter what form it takes.