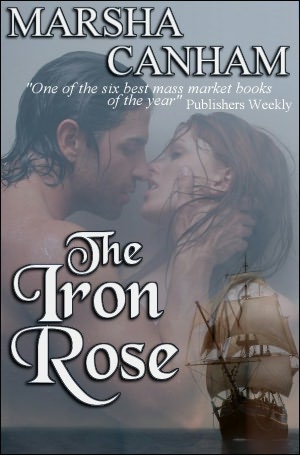 The Iron Rose is the second book in the Pirate Wolf trilogy, followed by The Following Sea. This is the story of Juliet Dante, daughter of Simon and Isabeau. Raised on the Spanish Main Juliet is captain of her own ship, the Iron Rose, and comes to the rescue, after a raging sea battle, of the man sent to promote a peace treaty between the privateers and the Spanish government.